Schiaparelli, the animal heads of the Paris parade unleash the social storm: “It’s a hymn to the hunt”. Chiara Ferragni was also at the show 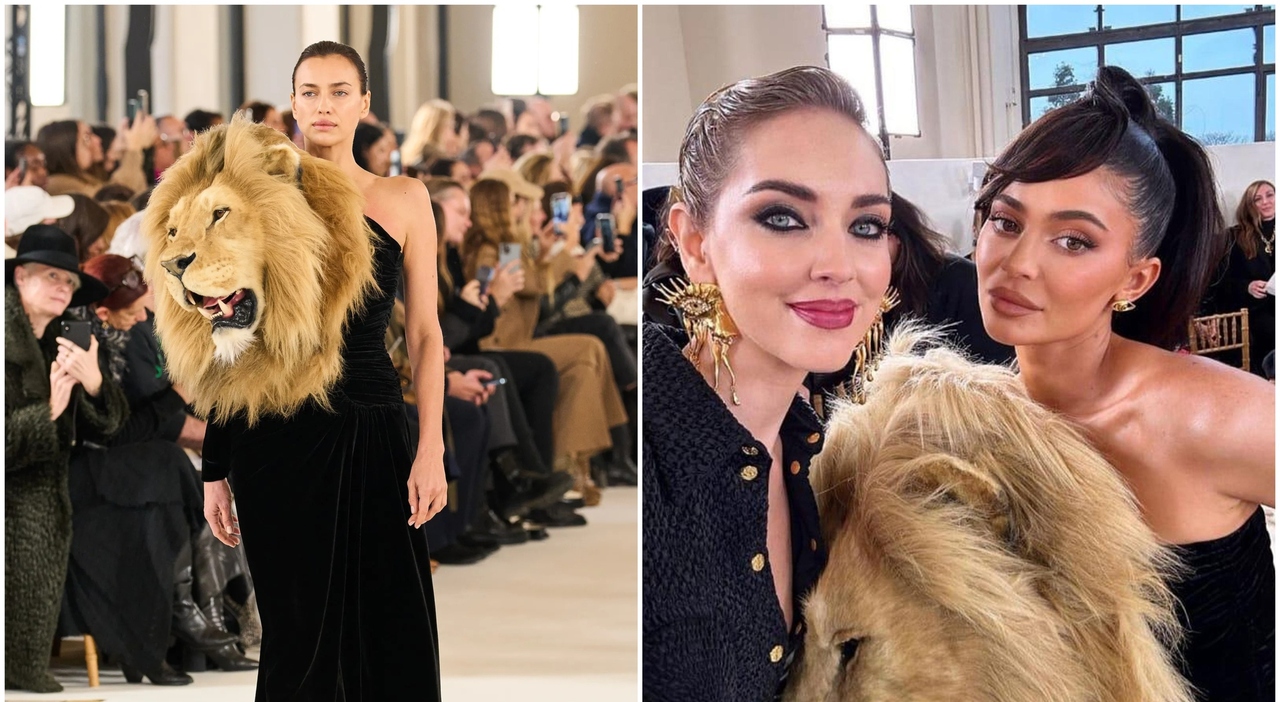 Lion heads in evening gowns, wolves in pelts and even a snow cheetah. There is social controversy over the Schiaparelli fashion show in Paris, which was inspired by Dante’s Inferno and which, according to social networks, was more of a hymn to the hunting of endangered species. In the front row Chiara Ferragni, who will dress Schiaparelli in Sanremo, who ended up in the storm against her will for not staying far enough away from the fairs (she posted a selfie with Kylie Jenner in a “leonine” dress).

Daniel Roseberry in the Tempest

Schiaparelli’s creative director wanted to bring a reinterpretation of Dante’s Inferno to the catwalk. Three looks for each of the nine circles of hell and an unexplored forest populated by beasts, the lion, the wolf and the loon “worn” by three almost equally mythological top models: Naomi Campbell, Irina Shayk and Shalom Harlow. The (exceptionally lifelike) heads were cast in resin and, as specified by the maison, no animals were hurt or harmed to create them. But the show was not well understood by the social networks, which fell apart with the cry of “And this would be art?”. The profiles of Schiaparelli and all the influencers present in the front row were attacked: “I don’t see it as a celebration of the glory of nature, but as a hymn to the hunt”, users are outraged, and even Ferragni runs across the cover specifying that the lion head my friend Jenner is wearing is fake (yes, someone had fallen for it).

The border between fashion and politically correct

“Why not wear a human head, what’s the difference?” comments someone, while another ventures a comparison with the last “uncomfortable” collection that ended in the storm: that of Balenciaga targeted by the association between children and fetish elements. and for which the maison had to make a public “mea culpa”. According to the “softer”, these are clothes that are difficult to wear in real life (superfluous consideration – we are talking about haute couture), while for others, Naomi parading with a wolf’s head on her jacket is the equivalent to a hunter posting photos of his trophy on social media.

Schiaparelli has stood out for its unconventional design since its inception. The appointment of Daniel Roseberry in 2019 meant a renaissance for the brand created by the Italian Elsa, creator of, among other things, the lobster dress, that skeleton (in collaboration with Dalì) and the which today we all know as the color fuchsia. With Roseberry, much of the inspiration from the origins has been recovered: the dress “sculpted” like a female bust, the important jewels, the voluminous flowers that unfold on the bustiers. But when is too much? When does fashion cease to be art and should it lean towards political correctness and think about the message first and the aesthetics only later? And if there is a border, who decides it?

don’t tell me fashion isn’t art when they literally did pic.twitter.com/Cl7p5NwODr