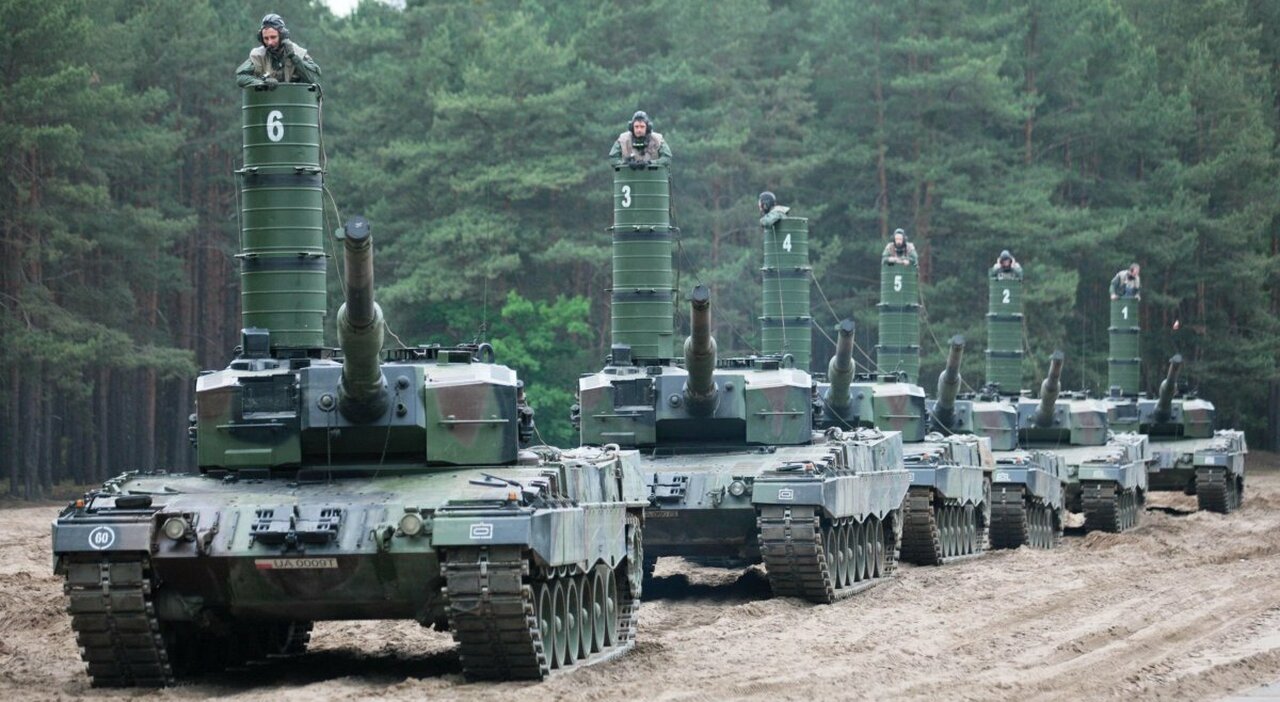 The delicate weaving of the diplomatic tapestry, albeit slow and laborious, to deliver the weapons Ukraine needs at this crucial stage has been completed. In fact, it is divided into three points and responds to Kyiv’s need to deploy really efficient and numerous tanks: Germany is preparing to respond positively, at this time, to Poland’s request to authorize the shipment of Leopard 2 tanks to Ukraine (without the yes of Berlin). , Warsaw’s hands are tied because they are German-made captive tanks); Germany will discuss today in Parliament the hypothesis of directly supplying the Leopard 2, but according to Der Spiegel the decision has already been made: German Chancellor Olaf Scholz, after days of indecision, will give the go-ahead to send “at least one tank”. company” in Kyiv; to understand the reasons for this turning point, we need to dwell on the third point: after an exchange of phone calls with the German chancellor, Joe Biden agreed to send another type of tank to Ukraine, the Abramas M-1. Berlin had said on several occasions (although formally this scenario had been denied): we will say yes to the Leopard 2 if the United States also agrees to commit to sending the M-1 Abrams.

Scholz’s goal is to involve the US with an even more obvious commitment, because by sending the Leopard 2, Germany fears that it will gain the leading role in the coalition against Moscow, an element that Berlin does not like. The German government fears an escalation, and diplomatic and economic ties between Germany and Russia also weigh in the background. Yesterday the Kremlin, which initially praised Scholz’s braking of the Leopards, announced that the decision to allow the shipment of tanks will have consequences. It should be remembered that the United Kingdom has already decided to send 13 Challenger tanks. The 12 countries that have Leopard 2s available, when Berlin unlocks exports, will be able to ship at least a hundred. To these will be added those that Germany and the Abrams will supply directly. However, according to American experts, the latter are less suitable for the conflict in Ukraine. The other day, US Deputy Defense Spokesperson Sabrina Singh said: “It doesn’t make sense to supply the Abrams.” He mentioned problems with handling, feeding and maintenance. Now, however, according to the indiscretion of the Wall Street Journal, the position has changed and this will bring, adding the supplies of Challenger, Leopard 2 and Abrams to at least 300 new tanks available in Kyiv, albeit with different characteristics. Needless to say, the Abrams will take several months, but the US is also sending the Bradley armored vehicles. For Ukraine, exhausted by the Russian offensive that has been underway for days, this is fundamental help, also in the light of the decisive days of spring, when Kyiv hopes to launch a counteroffensive. First, however, the problem of the training of the Ukrainian army must also be solved: in part, for the Leopard 2, it has already started in Poland.

Zelensky, who was chosen as a champion of the fight against corruption in a country where this chakra is very invasive, also had to carry out a purge of many key men, due to some investigations, but also simple rumours, about bribes and abuses. The Ukrainian president cannot afford to ask for billions in aid from the West and great sacrifices for his people, while at the same time tolerating cases of alleged corruption and waste. During the weekend, the Deputy Minister of Infrastructure, Vasyl Lozynsky, accused of accepting bribes, was dismissed; Deputy Defense Minister Vyacheslav Shapovalov was also expelled after a series of articles in the Ukrainian media about the purchase of army meals at inflated prices. A total of four deputy ministers and five governors were dismissed. And Kyrylo Tymoshenko, Zelensky’s deputy chief of staff, also resigned, cited by a website journalistic investigation for allegedly using one of 50 SUVs sent by General Motors for private travel. Again: via Zelensky’s deputy party head Pavlo Halimon and Deputy Prosecutor General Oleksiy Simonenko, criticized for a holiday in Spain in December. Soon, however, the reshuffle could also involve several ministers.