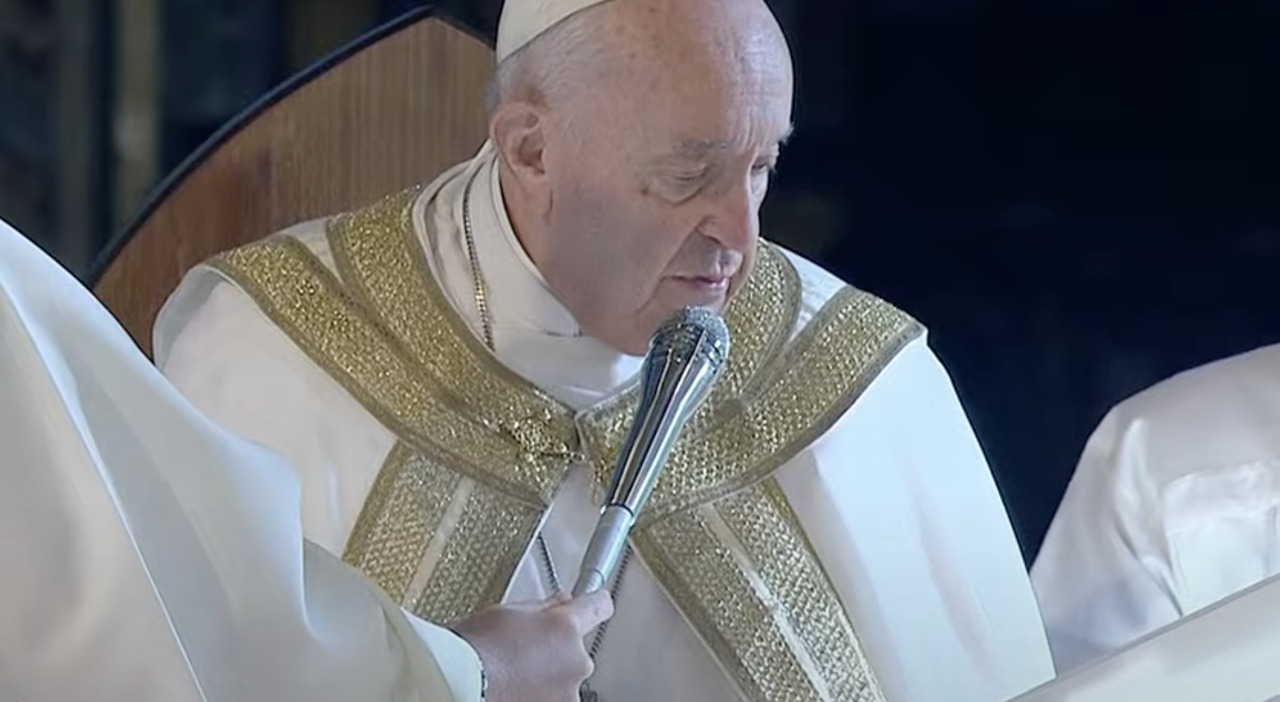 Vatican City – The third world war in pieces, before being fought on the ground with devastating missiles and powerful tanks, is preceded and fueled by a violent, aggressive, hostile language that permeates institutions, politics, conveyed as always by the media of mass communication, in a transversal and very effective way. For Pope Francis it is a real emergency, a diseased root that needs to be broken. And that’s why he calls journalists of good will from all over the world to strengthen an ideal road map capable of feeding the culture of dialogue and peace. It is not a rhetorical or reductive message but an articulated reflection that is inspired by the book of Proverbs: “The soft tongue breaks bones”. In practice, explains the Pontiff, “speaking from the heart is more necessary today than ever to promote a culture of peace where there is war; to open paths that allow dialogue and reconciliation where hatred and enmity are rampant. In the dramatic context of global conflict we are living in, it is urgent to affirm non-hostile communication. It is necessary to overcome the habit of quickly discrediting the opponent, attributing humiliating epithets, instead of entering into an open and respectful dialogue.». Pope Francis has published the Message for Social Communications Day, which this year is marked by the Ukrainian emergency and the devastating war in the heart of Europe that is at risk of spreading.

“One is horrified to hear the ease with which words are spoken that call for the destruction of peoples and territories. Words that, unfortunately, often turn into acts of war of brutal violence. That is why it is necessary to reject any bellicose rhetoric, as well as any form of propaganda that manipulates the truth, disfiguring it for ideological purposes. Instead, communication must be promoted at all levels to help create the conditions to resolve disputes between peoples”, reflects the Pope.

Communication and the way we communicate is also a piece of a larger mosaic. “We need communicators willing to dialogue, involved in the promotion of complete disarmament and committed to dismantling the war psychosis that is hidden in our hearts, as Saint John XXIII prophetically exhorted in the encyclical Pacem in terris: True peace can only be built on mutual trust. A trust that needs communicators not rooted, but bold and creative. As 60 years ago, even now we are living a dark hour in which humanity fears an escalation of war that must be stopped as soon as possible, even at the communicative level. In another passage he adds: “The right words spring from the heart to dispel the shadows of a closed and divided world and build a better civilization than the one we have received.”

Finally, the Pope led the speech ad intra and referring to the situation of the Church, currently shaken by stormy winds, he stressed that “there is a great need to listen to each other and to listen to each other to others It is the most precious and generative gift we can offer to each other.” From an unprejudiced, attentive and available listening, speaking in God’s style arises, nourished by proximity, compassion and tenderness. We have an urgent need in the Church for a communication that ignites hearts, that heals wounds and that illuminates the path of brothers and sisters.”