Can I change my name? From the Democratic Movement to the Labor Party and PadeL: all the proposals 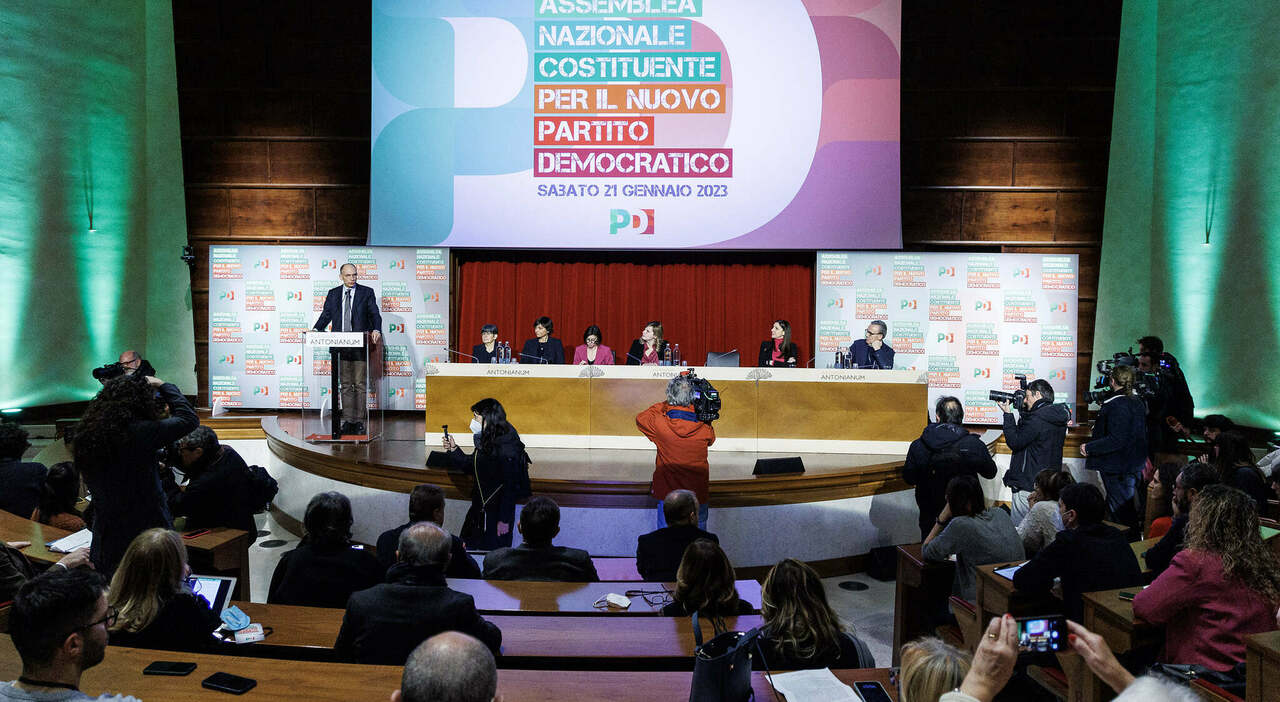 Labor Party, Labor Party. Or maybe “democratic movement”. The debate continues in the Democratic Party between those who would like to change the name and those who think the dem “acronyms” are fine as they are. And there are also some, like the cartoonist Makkox, he jokes about this: “We should talk like in the bar – says a cartoon by Stefano Bonaccini – We need a little frothy party without cocoa.” So much so that a Twitter user replied: «In a nutshell, a Prs: you found the new name of the Pd».

But the nudity, as much as it may lend itself to jokes and social mockery, does not cease to animate the discussion. For the name change, Peppe Provenzano and Andrea Orlando (who proposes “Labor Party” and says: “The name is not a matter of form but of substance”). However, someone pointed out to him that the acronym would be PDL: in practice, the same as Popolo della Libertà, the party founded by Silvio Berlusconi in 2008 and shelved in 2013. Better then “Paddle”? The proposal, a little mocking a little not, comes from the mayor of Bologna Matteo Lepore. And on social networks there is another wave of mockery (“but yes, go paddle!”).

Can I change my name? The proposals

But the debate is far from marginalized. Because Elly Schleinchallenger of Bonaccini in the primaries, he is in favor of consulting the members to decide whether to keep or change the name of Pd. On the other hand, both Bonaccini (“I like it as it is”) and Paola De Micheli close: “We will not change the name, don’t worry – he assures us – We must concentrate on changing the things that matter. There is no need for an aesthetic operation : it’s a discussion far from reality”. Two other dem exponents intervene in the discussion: for Cesare Damian, former Labor Minister, the Democratic Party must become a “Labour Party”, modeled after the British one. Objective: return to the center “the right to a stable, protected job with a fair wage”. And the name, should it also come from the other side of the Channel? It is not clear.

Others, like the Roman deputy Roberto Morassut, they instead focus on the first part of the noun: “It is the word party that is no longer with the times”, repeats the former undersecretary of Environment. “We must build a democratic movement.” The name could be just that, or – Morassut prefers – simply “The Democrats”.

The secretary of the turning point of Bolognina also intervenes to make his voice heard, Achille Occhetto. the last to lead the PCI, the first to head the new left formation, the PDS, in the early nineties. In short, the one who knows about name changes. But the problem, says Occhetto when interviewed by the press, “is not the name but the identity of the party”. The Democratic Party “was not able to grasp the cultural novelty of the turning point, that is to say, the demand for a high cultural contamination between all democratic forces in search of a common identity. Instead, it is the result of a cold fusion between two systems. And the results, unfortunately, are there for everyone to see. If they really “want to change their name – suggests Occhetto – they need to find one that links ecology, work and society in a single perspective”. The mission, it seems, is easier said than done.