Justice, the Colle line. Mattarella at the CSM: “Protect the independence of the judiciary” 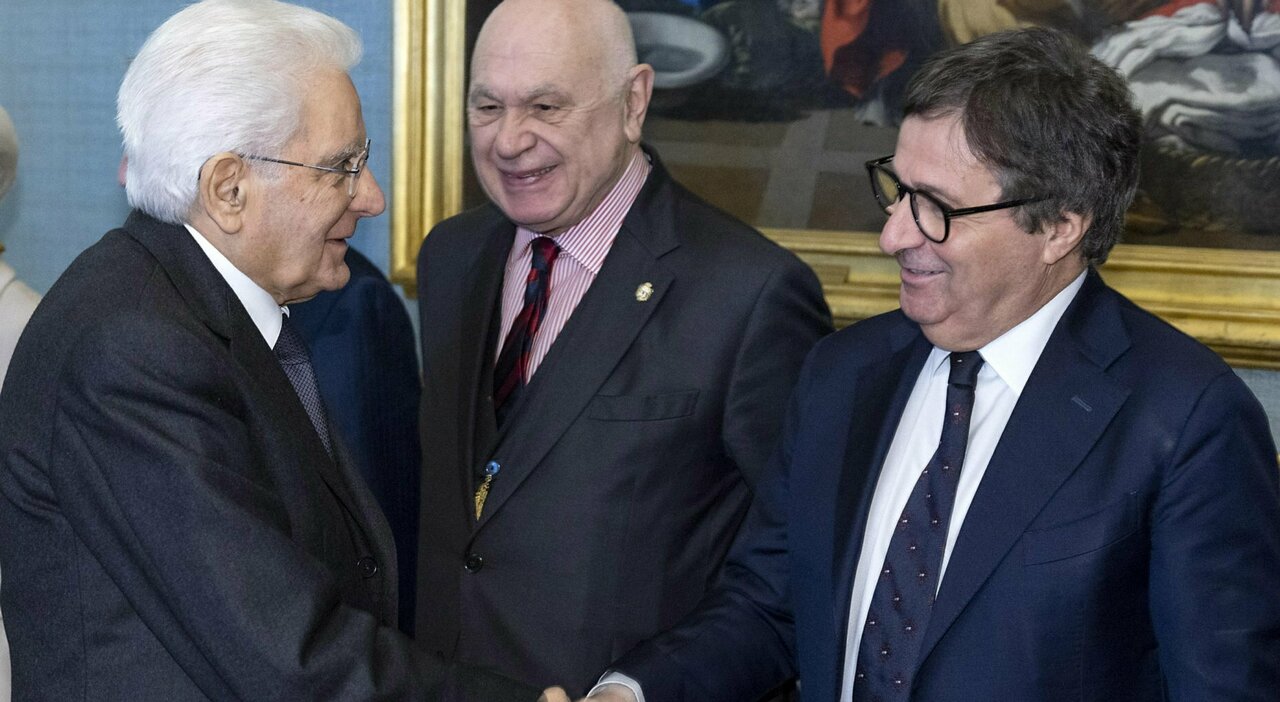 The issue of justice, as usual, is at the center of attention and the words of President Mattarella – yesterday, greeting and thanking the outgoing CSM and welcoming the newly constituted in the Quirinal – fall in the days of controversy for the listening and in general. the subject of the reform that Minister Nordio is preparing. Two very clear concepts were reaffirmed by the head of state and president of the CSM: “The independence of the judiciary is a pillar of our democracy” and “I am sure that the new Council will be able to maintain correct institutional relations for the interest “. of the Republic”.

There are, at the ceremony at the Colle, Lorenzo Fontana and Maurizio Gasparri (president of the Chamber and vice-president of the Senate); the president of the Constitutional Court, Silvana Sciarra; Carlo Nordio; and the heads of the Cassation with Pietro Curzio and Luigi Salvato. After the farewell of the old Csm, inauguration session of the successors. “Through the transparent and efficient exercise of autonomous government, the Council must guarantee, in the best possible way, the autonomy and independence of the jurisdiction; and must guarantee judicial offices the best level of professionalism of magistrates, who carry out their activities with commitment and dedication even in complex and sometimes insidious environmental conditions”. This is how Mattarella speaks.

And again, presenting the newly elected members: “The CSM has in its constitutional values, in its scope and in its history, the resources to face the difficulties and guarantee with authority and credibility the respect for the legality that is indispensable for life and civil growth. of society and our country as a whole”. Looking at the recent past, the Head of State points out: “It was a complex consultation, marked by serious episodes that affected it”. Very clear reference to the scandal Palamara, in the buriana that invested the CSM and the political-judicial system with the launch in June 2019 of the corruption investigation against the former member of the Superior Council and former president of the National Association of Magistrates. A case that has thrown a lot of discredit and caused a lot of shame, as we know, between exchanges of favors, money and appointments. “Despite these serious episodes – continues Mattarella who has spoken several times in recent years about the scandal and the “bewilderment” driving ” an urgent reform of the CSM”-, thanks to the contribution of its members, this institutional body has tried to overcome the deep tensions produced by those events, to guarantee the correct functioning of the judicial offices”. The action of the CSM ta mbé was particularly fruitful, the Head of State underlines, during the pandemic emergency “during which it supported managers in the definition of organizational solutions capable of guaranteeing the development of judicial activity. The dissemination of good practices was also effective in order to make judicial action more effective throughout the national territory, with the intention of promoting efficient organizational models and, therefore, able to eliminate gaps in the response of justice.”

So thanks from the Head of State and his look at what the CSM’s guidelines will be from now on. The outgoing vice-president, David Ermini, also took part in the greeting ceremony and the first plenary session of the new Council will be held this morning at the Palazzo dei Marescialli. Extraordinary session, chaired by Mattarella, which has on the agenda the election of the new vice-president and the proposals of the commission to verify the qualification of the togas and the eligibility requirements of lay councilors. The derby, after the mess of Giuseppe Valentino, who not only did not become vice president but could not even enter the CSM (part of the Brothers of Italy), is not only between the constitutionalist Roberto Romboli, professor emeritus in Pisa elected with Pd designation and the criminal lawyer Fabio Pinelli chosen by the League but with cross-sectional appreciation also on the left and who seems to be the favorite. Also participating is Daniela Bianchini, professor of family and juvenile law at Lumsa, one of the three women elected on the recommendation of the FdI and who, in the event of victory, would be the first woman to be vice-president of the Palazzo dei Marescialli. in a town council where women are 10 out of every 30 members.