Fabio Pinelli, who is the new vice-president of the CSM indicated by the League. From the afternoon to the interceptions, the program 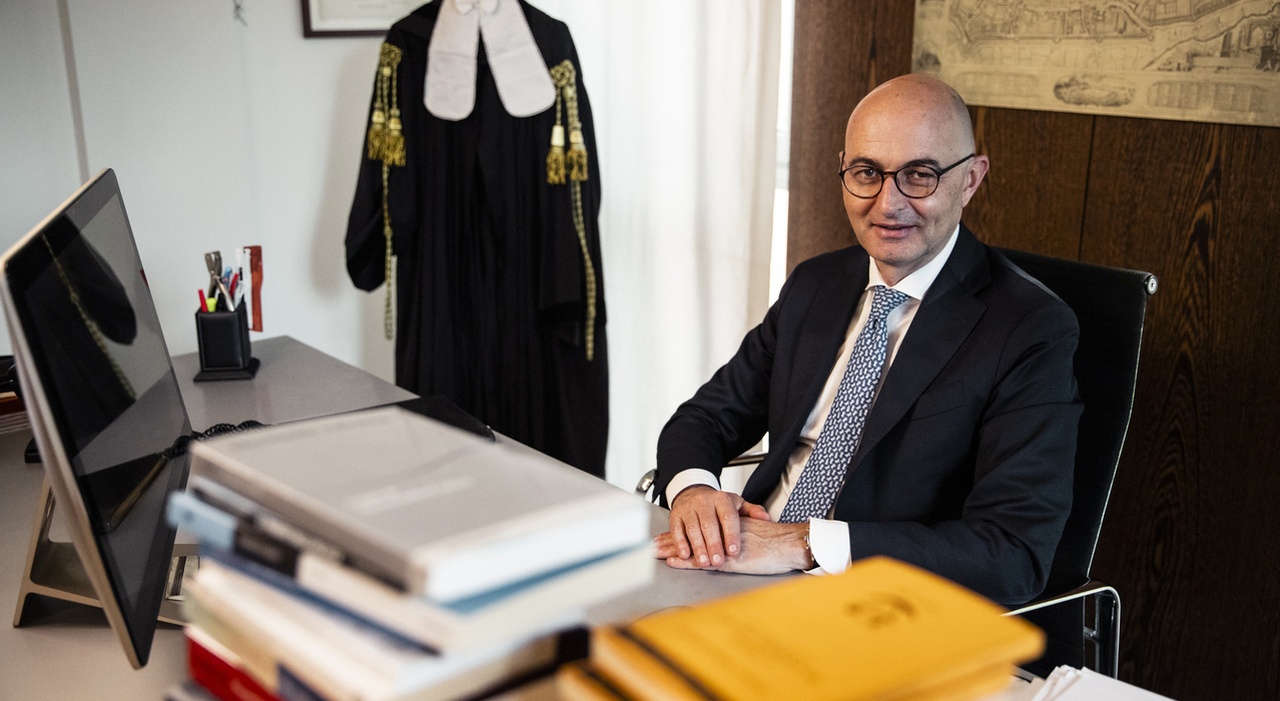 Ecumenical beginning, «I will have to make sure that even those who didn’t vote for me listen to me». In the poster of the “child judge” Rosario Livatino, victim of the mafia, “a benchmark for justice and all operators”.

The first words of Fabio Pinelli, criminal lawyer elected yesterday morning as vice-president of the Superior Council of the Judiciary in the third vote, are the beginning of a program of mandate. Fifty-six years old, Tuscan from Lucca, studies at the University of Milan, but has been practicing in Padua for a long time. legal strong transversal relations in the Forum of Justice and politicswill lead the autonomous body of the judiciary for the next four years.

Years of reforms that cannot be extended to put an end to the scandals and controversies that in the recent past have overwhelmed the Italian outfit and at the same time guarantee its independence, “pillar of the Constitution”, says the Head of State Sergio Mattarella. “I am aware of the great responsibility that will guide all my behavior in the interest of the country, following the beacon of the President of the Republic”, mentions Pinelli with emotion from the hemicycle of the Sala Bachelet before presiding over the first plenary session, recalling the it is nature as “independent”.

No prepared speeches, tribute to institutional etiquette, although his election – achieved after a face-to-face with the layman expressed by PD Roberto Romboli, 17 votes against 14 – was not a surprise. A political victory for the League, which elected the Tuscan lawyer as a secular candidate for the area and got the center-right to rally in his name after unsuccessful attempts by FdI.

A promise to Pinelli’s long collaboration with Carroccio. Among his clients are Matteo Salvini loyalists Armando Siri and Luca Morisiformer spin-doctor of the Captain, but also the governor of Veneto Luca Zaia.

It is also worth noting, as proof of truly transversal relationships, the experience within the Italiadecide association and in the Scientific Committee of the Leonardo-Civiltà delle Macchine Foundation, which explains the friendship with the former president of the Chamber and magistrate Luciano Violante. Crucial, they say, to accredit the layman Pinelli in the world of the robe on the eve of the vote.

After all, the new helmsman of the Palazzo dei Marescialli is really perceived as a “neutral” candidate in the perennial friction between politics and magistrates. A contrast – Pinelli wrote last January 10 in the democratic judicial review “Questione Giustizia”, ​​almost an electoral manifesto – “that in the last thirty years it has never been a harbinger of significant positive results».

And again, in one of the most complex nodes, the separation of careers at the heart of the future reform of Nordio: “A kind of structural necessity of our regulatory architrave”. Midline where wiretapping, the latest brand of political debate on justice. On the one hand, the invitation to use the “maximum rigor in the exercise of public powers” to safeguard “fundamental freedoms”. On the other hand, a broken spear in the tunic: investigations into organized crime, led by the mafia, “require the use of appropriate investigative tools.”