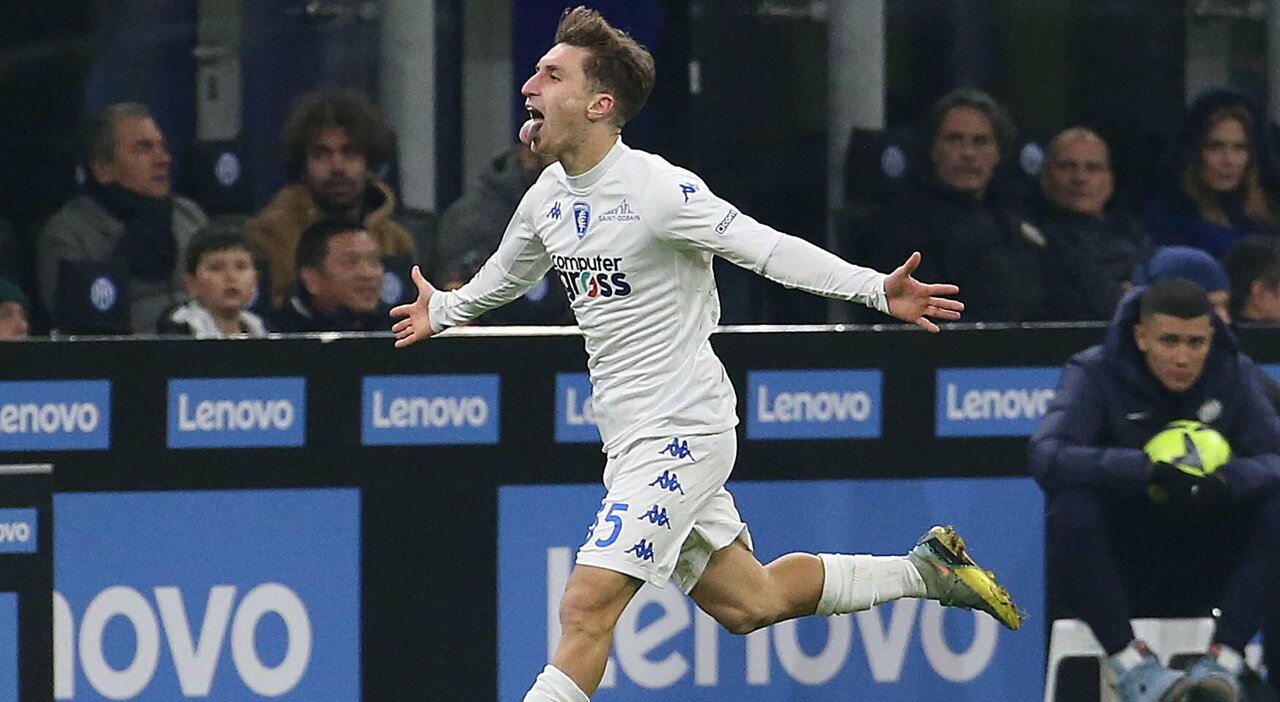 Five days after Riyadh’s triumph in the Italian Super Cup, Inter are back on earth. The defeat against Empoli at San Siro, in front of just over 65,000 spectators, is heavy for the opening phase of the Scudetto. Thus, the Nerazzurri not only do not catch Milan in second place (Rossoneri at +1, pending tomorrow’s match with Olimpico against Lazio), but they slip to -13 behind Napoli, who are now in a championship own Credit to Empoli who play an excellent game, playing 50′ in numerical superiority due to the expulsion (sum of double yellow card) of Skriniar, finding the KO blow with a low shot torpedo from Baldanzi.

The Slovakian from Inter is not having a good time: after refusing the renewal of the club viale Liberazione (6.5 million per year for five seasons), and is getting closer to PSG, the defender has been expelled Empoli puts Simone Inzaghi’s team in serious trouble. First with Cambiaghi, deviation in the corner of Onana, then with Caputo. Inter’s reaction is in Dimarco’s volley (rejected by Vicario) and Lautaro Martínez’s attempt, which fails to frame the mirror on goal. In the 40th minute Skriniar got his double yellow card, leaving the Nerazzurri at 10. In 11 against 10, the offensive maneuver of the Tuscans was more fluid. It was Darmian who saved with a providential swipe at a wild Cambiaghi cross, then it was Onana who said no to Henderson’s long shot.

But the keeper can’t do anything about Baldanzi’s low shot. Down by a goal and a man down, Inzaghi sent Asllani, Gosens and Dzeko (in place of Barella, Dimarco and Darmian) onto the field in an attempt to tie the game again. And the Bosnian, one of the fittest, immediately approaches the balance. And then it was Empoli who saved themselves when a header from Luperto, who scratched his own goal, hit the crossbar. In the 13th minute of the end, Inter tried everything, even throwing Lukaku into the fray. The tie did not come and on the evening of the party for the victory of the Super Cup of Italy it was Empoli who conquered the three points.